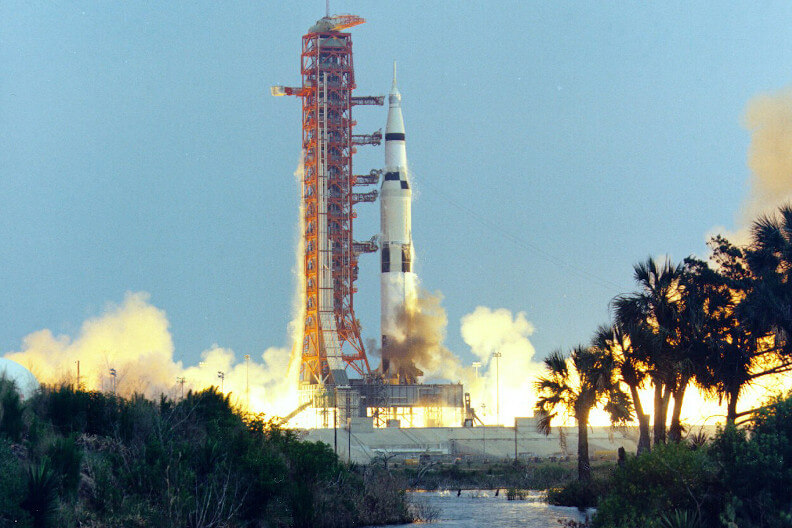 One of my favourite quotes is from the film Apollo 13.

I think it’s a clever film – even though we know from the start how it ends, it still has us gripped. What really comes across in the film, as of course it did in real life 50 years ago, is the incredible teamwork with a single purpose, that of getting the crew home safely.

But my favourite quote comes from a moment before all the drama, before Apollo 13 has even launched.

In the film, James Lovell, the future commander of Apollo 13 played by Tom Hanks, holds a party to celebrate Neil Armstrong having walked on the moon for the first time. As the party is coming to a close, he’s sitting in the garden with his wife and looking at the moon.

“From now on,” he says, “We live in a world where man has walked on the Moon. And it’s not a miracle. We just decided to go.”

So simple yet so powerful. “We just decided to go”. Those five words are the start of any endeavour. That’s the hard bit. Crossing the border between thinking, considering, wondering maybe, to actually committing to it.

We had the same thought process when we first looked at moving our infrastructure to the cloud. It was a bit scary. And then we decided to go.

Once we’d decided that, it was somehow easier. Still lots of work, of course, but we were only implementing what we’d committed to.

What about you? Have you decided to go?