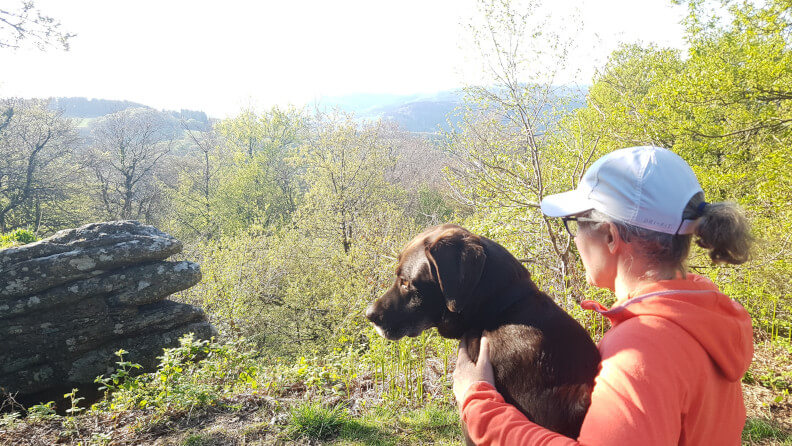 You’re supposed to do it every week, you know.

It’s easy to forget, of course, and hardly a crime. Let’s be honest: you probably don’t do it every week. Every month is probably good enough, isn’t it?

But that depends on why you’re doing it.

The most obvious reason for testing smoke alarms is because it’s critically important that they work when we need them. Your very survival could depend upon them working. Without regular checks, by the time you discover they’re not, it could be too late.

But in our house we have another reason for testing them.

I’ve mentioned before that my wife is deaf. We have a lovable chocolate brown Labrador called Rhys – he’s a Hearing Dog. It’s his role to alert Cecilia to sounds she should know about, such as the doorbell and kitchen timer.

And the smoke alarm.

In fact, one of the key reasons we wanted a Hearing Dog in the first place was to alert Cecilia to the smoke alarm going off at night, particularly if I was away.

Without it, one can imagine him hearing the smoke alarm for the first time in months, and becoming wistfully nostalgic as he relives those happy days of puppyhood and his Hearing Dog training.

We don’t want that. We want him to do his job, so we test both the smoke alarms and Rhys every week.

There are other things that we should test regularly, too. Such as backups.

The most obvious reason for testing backups is because it’s critically important that they work when we need them. The very survival of your business could depend upon them working.

But testing is a hassle, isn’t it?

So we’ve designed a way to test backups in under ten minutes. Spread over a week, that’s about two minutes per day.

Granted, it isn’t an all-singing, all-dancing disaster recovery test, but it will reassure you that backups are happening and can be restored.

You can find the details on this page.

With smoke alarms and backups, you can find out that they don’t work either when you need them or before you need them.

We’ve found “before” is best.