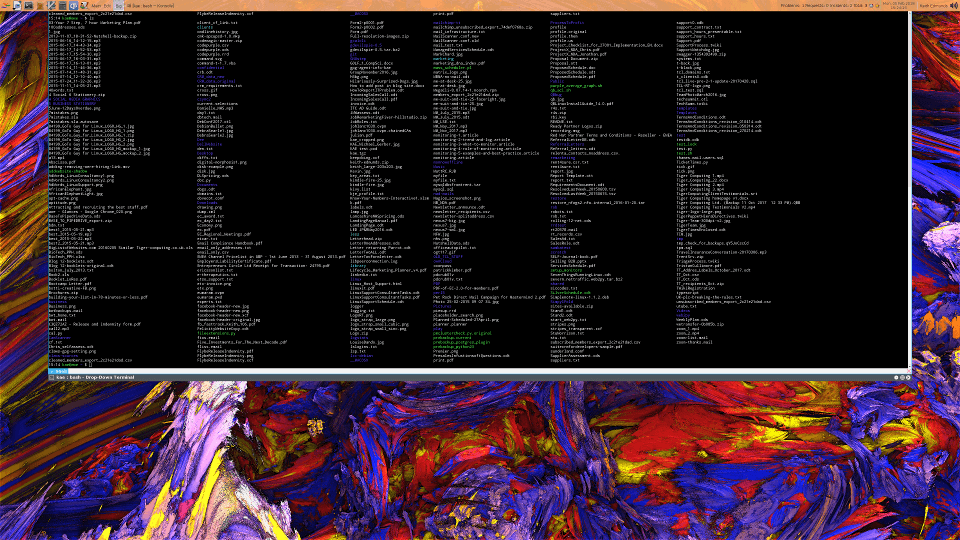 By default, the terminal window is almost full screen width and half the screen height, although that can be changed. It’s based on the KDE “Konsole” terminal emulator (itself a good terminal emulator), and supports all the usual bells and whistles we’ve come to expect (tabs, bell on activity, bell on no activity in x seconds, and so on).

Discovering how to configure yakuake isn’t very intuitive. With the terminal displayed, in the bottom right corner there are three microscopic buttons:

Here they are close up:

As well as all the normal Konsole options, you can also set the width and depth of yakuake in terms of percentage of the screen, which makes the configuration useful on different monitors. You can even set it off-centre (to the left or right).

Most of the major Linux distributions package yakuake, so if you work from a Linux PC, why not give it a try? I’ll freely admit it isn’t for everyone, but some swear by it (others at it).

What Do You Think?