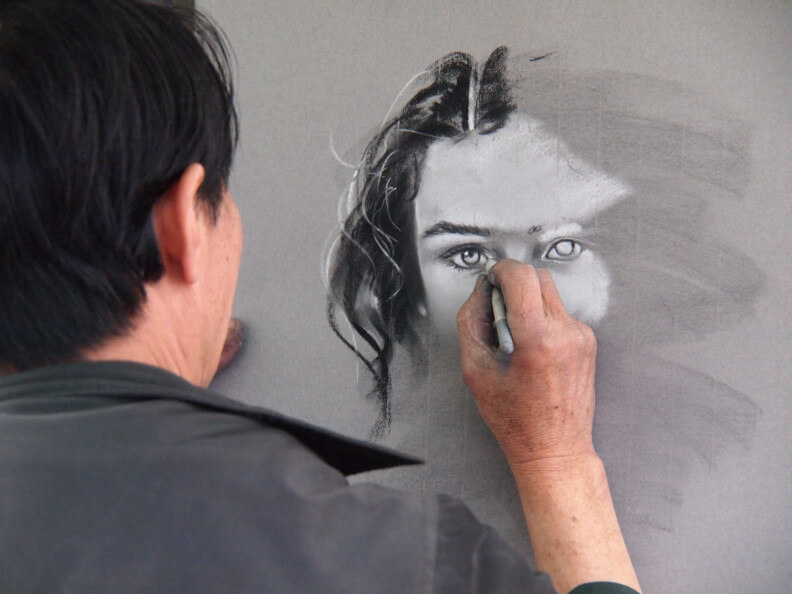 I have a thirteen year old daughter.

She’s fiercely ambitious – which I love – but that leads to frustration.

“Everyone else can draw better than me” – not true: she is a gifted (and frustrated) artist. I’ve no idea where it comes from – if I draw something, I need to clearly label it so that people know what it’s supposed to be!

I tell her that the only difference between her and someone she believes can draw better is practise.

Eyes roll: she’s heard it before. Worse, she knows it’s true. But she doesn’t want to hear it.

She wants it to be EASY. But that’s not how the world works.

People who are “good at things” spend inordinate amounts of time practising.

The then unheard-of Beatles played long hours night after night for over two years in Hamburg.

Malcolm Gladwell thinks that if you practise one skill for 10,000 hours, you’ll have a good chance of becoming an expert at it.

Truth is, most of us only put in enough practise at a small number of things, typically one or two “work things” and maybe one or two “fun things”.

Most of our clients are experts, too. Maybe in bioscience, maybe chip design, maybe software engineering. They’re not experts in Linux. That doesn’t mean they know nothing about it. Far from it.

It just means that they recognise that outsourcing to a true expert means a better result for them.

I’ve told my daughter she won’t be good at everything. That it’s OK to pick your favourite things to be expert in. And to be just “OK” (or even “not OK”) at the rest.

When she needs to, she can find an expert to fill in the gaps.

Not sure about Malcolm, though. I’ve spent more than 10,000 hours on child-raising, but no way am I an expert!

P.S. If you’re looking for an expert to fill the gaps, take a look at our How To Choose a Linux Support Company guide.

Photo by Samuel Castro on Unsplash